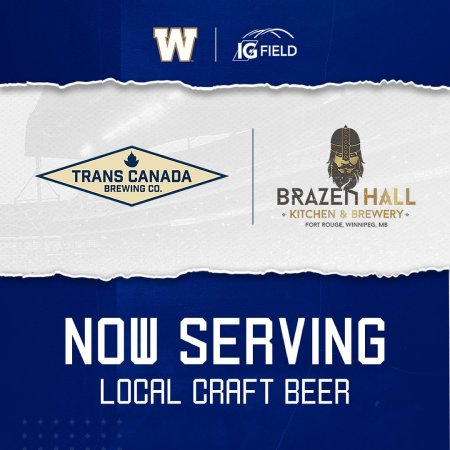 WINNIPEG, MB – The Winnipeg Blue Bombers have announced that beer from two local breweries will be served at home games at IG Field during the CFL’s upcoming 2021 season.

While Molson Coors is the team’s official partner and primary beer supplier, Brazen Hall Brewery and Trans Canada Brewing will both have beers available at new Home Grown concession stands which will be focused on products from local food and drink producers.

The home opener for the Blue Bombers will take place on Thursday August 5th with a match against the Hamilton Tiger-Cats.

For more details, see the full announcement on the Winnipeg Blue Bombers website.