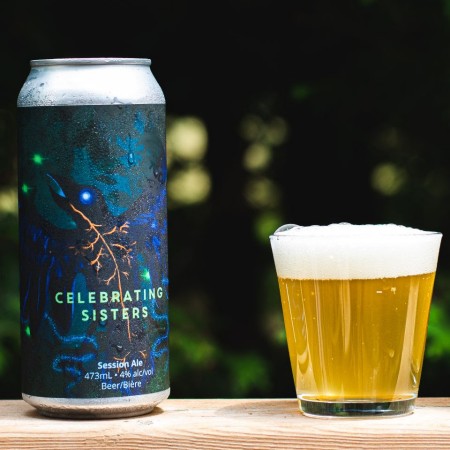 GUELPH, ON – Royal City Brewing has announced the release of its contribution to Celebrating Sisters, a project initiated by The Indigenous Brew Crew and Do Better. Be Better. to raise funds and awareness about Missing and Murdered Indigenous Women in Canada.

A sessionable and fruity ale with notes of lemon, stewed orange, and a hint of peach. At 4% this is an easy-sipper, that would pair well with a restful day spent in nature, the great outdoors, or even just your backyard!

Celebrating Sisters Session Ale is available now in the Royal City retail store and online shop, with 50 cents from each can sold going to Families of Sisters in Spirit, an “all-volunteer, grassroots, unfunded group of families of missing and murdered Indigenous women, girls, and Two-Spirit people and ally-friends.”

For more details, see the post on the Royal City community blog.