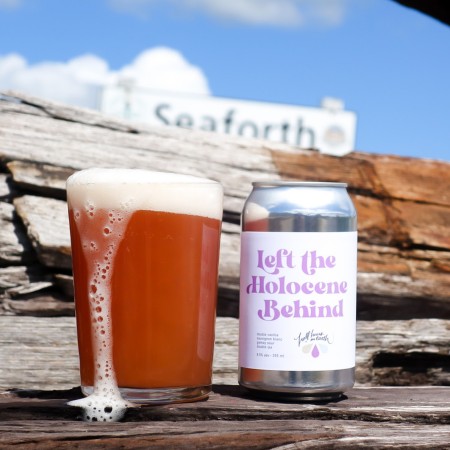 SEAFORTH, ON – Half Hours on Earth has announced the release of a new limited edition beer.

Brewed with Sauvignon Blanc & Gamay juice, Azacca & Sultana hops, honey malt & lots of vanilla! This is a wine forward sour double IPA that packs a citrus-grape punch, and balanced with a candied sweetness from the honey malt and vanilla additions.

Left the Holocene Behind is available now at the Half Hours on Earth brewery store and online shop.

Source & Photo: Half Hours on Earth