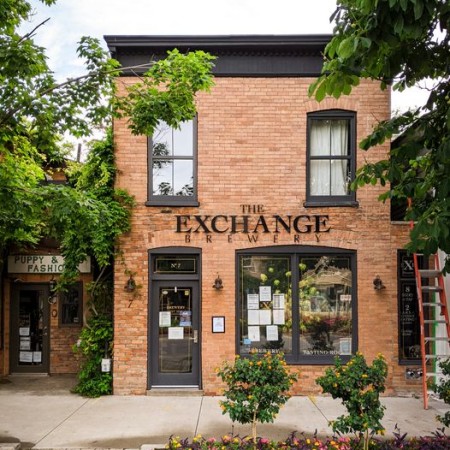 NIAGARA-ON-THE-LAKE, ON – The Exchange Brewery will be marking its 5th anniversary this weekend with a new limited edition release, exclusive cask beers, and more.

Taking place in the brewery’s outdoor beer garden from Friday June 25th to Sunday June 27th, the celebrations will kick off the with the tapping of two casks at 11:00 AM on Friday – Golden Ale with Elderberry (8% abv), “our Golden Ale cask conditioned with elderberry for a tart, colourful cask beer”; and Special Herbs Volume 1 (6.5% abv), “a precursor to a new series of herb-influenced beers, featuring rye, wheat, chamomile flowers, orange peel and lemongrass.”

Going on sale at the same time on tap and in 330 ml bottles is Spontaneous Ale 3-Year Blend (6.5% abv), a “blend of one-, two- and three-year old barrels that shows the full spectrum of our spontaneous ale barrel program,” and new limited edition 5th anniversary glassware.

For more details, see the full announcement on the Exchange website.