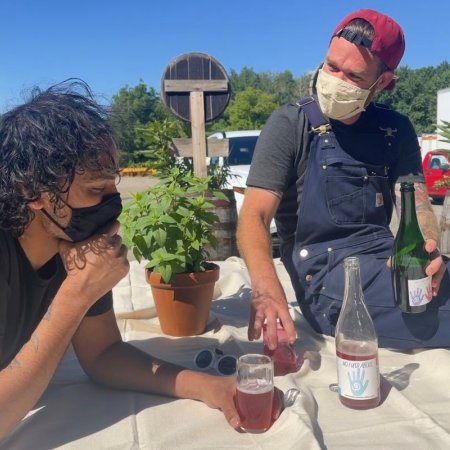 KITCHENER & GEUELPH ON – Short Finger Brewing and Revel Cider have announced the release of the second edition of an experimental blend.

No Fixed Abode (5.5% abv) starts as a blend of barrel-aged tart saison from Short Finger and perry from Revel. It was then refermented on crabapples harvested from a tree 100 metres away from the brewery, and Maréchal Foch grapes from Revel’s stock.

The result was split between the two producers, with Short Finger blending in Cab Franc punchdown before bottling, while Revel added Gewürztraminer to its version.

No Fixed Abode is available now at Short Finger and Revel while supplies last.