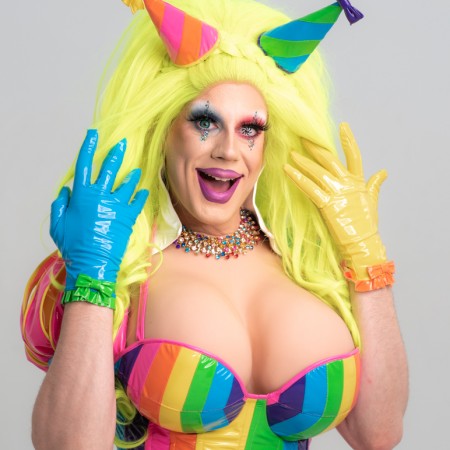 CHEMANIUS, BC – Riot Brewing has announced the return of a beer brewed in honour of Jimbo, the Vancouver Island drag performer who was a fan favourite on last year’s inaugural season of Canada’s Drag Race.

Jimbo Boysenberry Blackberry Sour (5.3% abv) was an instant sell-out when it was initially released last fall, and is now back in a much larger batch to meet demand.

The official return of the beer will take place on July 3rd during a Riot tap takeover at Virtuous Pie Victoria, and partial proceeds from the event and all sales of Jimbo will be donated to Rainbow Railroad, a not-for-profit organization that helps at-risk LGTBQI+ people from around the world find safety as refugees in Canada.

Jimbo Boysenberry Blackberry Sour will be available soon at local bars and restaurants, and on the shelves at select liquor stores throughout Vancouver Island starting July 5th.