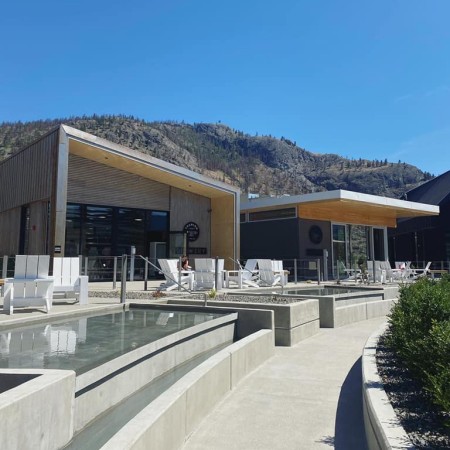 OLIVER, BC – Trading Post Brewing has announced the opening of a new location in District Wine Village, a new food and drink destination in Oliver, BC.

As the name suggests, the Village development is focused mainly on the local wine industry, with more than a dozen wineries running satellite locations. But for those who prefer beer, Trading Post is on hand with eight brews on tap, including the brewery’s four core brands – Helles Lager, SMASH Saison, Amber Ale, and Best Coast IPA – and four other lines to pour one-offs, collaborations, and guest beers.

In addition to the bar, the facility includes a restaurant serving pizzas, salads, snacks and more, with a strong focus on locally-sourced ingredients; and an on-site 10 hl brewing system overseen by head brewer Jason Armitage, who has previously worked alongside brewmaster Tony Dewald at the main Trading Post brewery.

This is the fourth location for Trading Post, joining the original brewery and tasting room in Langley, and restaurants in Fort Langley and Abbotsford.

District Wine Village is currently in “soft opening” stage until it’s official launch on July 1st, and is open from 11:00 AM to 7:00 PM daily. For more details, see the Village’s website.