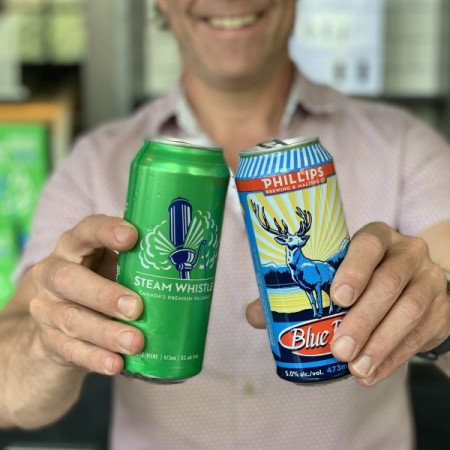 TORONTO, ON & VICTORIA, BC – Two of Canada’s longest running craft breweries have announced the launch of a new partnership to “help grow one another’s portfolio of products in their respective markets.”

The collaboration between Toronto’s Steam Whistle Brewing and Victoria’s Phillips Brewing & Malting is described as follows:

The arrangement embodies the collaborative spirit that has long-defined craft beer, as each partner will use their local expertise and decades-old relationships to help the other build their business. There is no change in ownership to either partner, and they will each remain completely independent. This collaboration is a natural fit, as both brewers share the same values and have a history of quality, innovation, sustainability, and community.

In its initial phase, the deal will see the breweries representing and promoting each other’s brands in their respective markets:

Alongside the other brewer’s sales force, each company will have boots on the ground in each market to support brand-related initiatives. Once the initial products and markets are established, the duo will focus efforts on other provinces and potentially a broader portfolio of products.