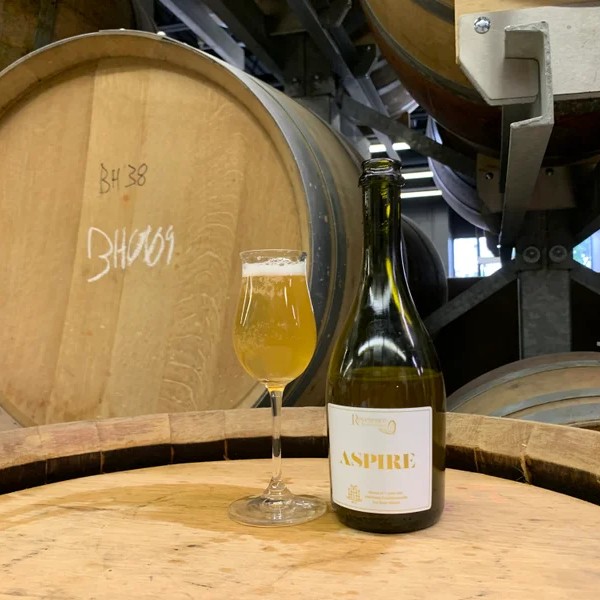 CAMBRIDGE, ON – Reverence Barrel Works has announced the release of a new beer that was created following the strictly defined Méthode Traditionnelle standards for spontaneously fermented ales.

Aspire is the first of its kind in Ontario and as far as we know, in all of Canada. It is a blend of three Méthode Traditionnelle barrels, maturing at a rather speedy pace. After a year of aging, the barrels were blended and left to rest together in the tank for three months. Once they had undergone a small introduction, having some time to get to know each other, we bottle conditioned them with Ontario wildflower honey for eight months.

The final beer is a beautiful bouquet of apricot, preserved lemon, hay, moderate funk, balanced acidity and honey crisp apples. The carbonation is low as the beer still had a bit of unfermented sugar left in it. Over time this carbonation may grow to sparkle like champagne or it may be completely stable where it is now. That’s just part of the magic of Méthode Traditionnelle brewing and blending.

Aspire and the process behind it is more fully described in a blog post on the brewery’s website, and is available now at the Reverence retail store and online shop.