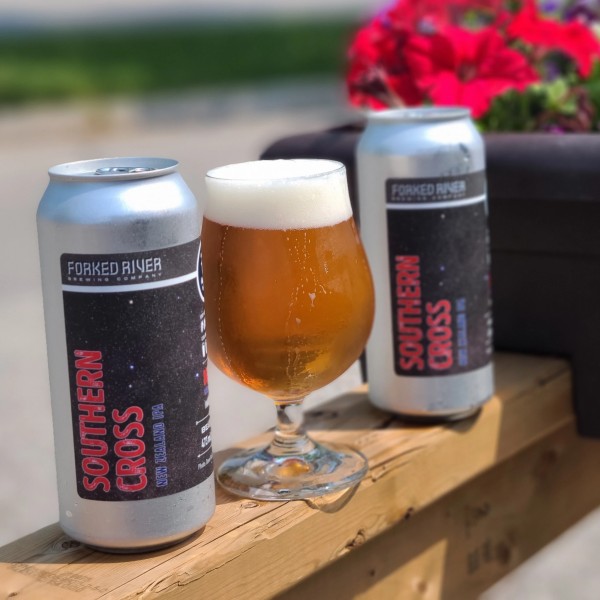 LONDON, ON – Forked River Brewing has announced the release of a new limited edition ale inspired by the land and sky of a place the other side of the world.

From the Land of the Long White Cloud / Middle Earth / Kiwi country, we present you with Southern Cross- our first New Zealand IPA with (shocker) another astronomical connection! Made with Southern Cross hops fresh from NZ, this release can be likened to a West Coast style session IPA, but with a deeper malt backbone and tropical fruit character. Do you like our Dysania? Then you’re going to love Southern Cross.

The name of the beer – and that of the hops used in it – has the following backstory:

The Southern Cross is a characteristic constellation of the southern hemisphere. It features prominently on the New Zealand flag and is a must for watchers of the night sky when they’re down south. Captured by Londoner Dave McCarter of the Royal Astronomical Society of Canada in the photo on our label, you can see the four points that make up the Southern Cross.