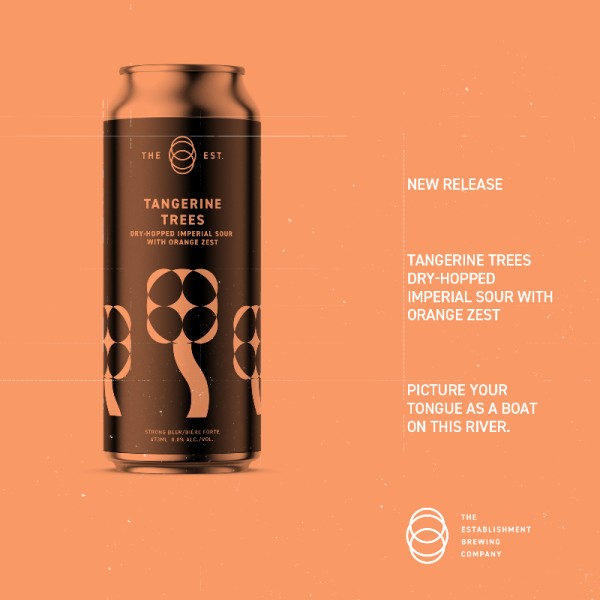 CALGARY, AB – The Establishment Brewing Company has announced the release of the latest in an occasional series of fruited sour ales inspired by a psychedelic classic.

This beer follows some of the same rules as New England styles by chasing huge hop flavour with a fruity citrus flex. The juicy amplitude of this drip is amplified by orange zest, a move borrowed from another of Lucy’s own crown jewels. It’s definitely tangy, but only sweetly so—its blow softened by the style’s London-level fog.

This is the only brew in the LSD crew that has at least one thing in common with all of its counterparts. It’s got Marmalade’s zest, Kaleidoscope’s skyward ABV, and Cellophane’s dry-hop pucker-up. It might just be the glue that holds the whole band together one day.

Tangerine Trees is available now at the Establishment retail shop and online store while supplies last.