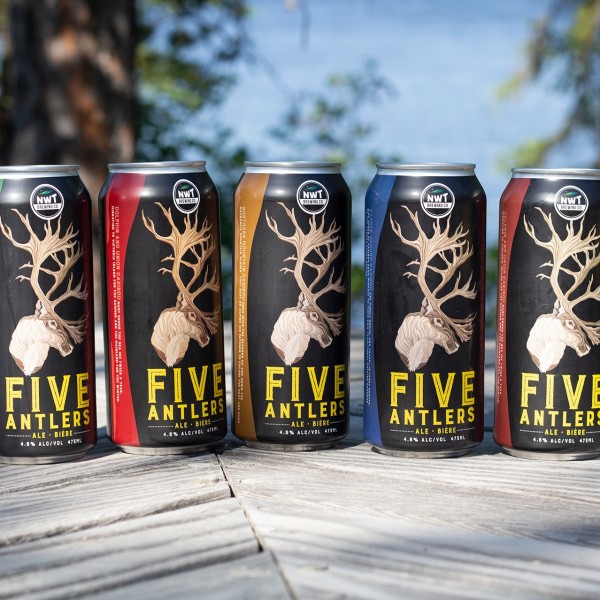 YELLOWKNIFE, NT – NWT Brewing Company has announced the release of a new beer in partnership with NWT Species at Risk to promote the conservation of caribou in the Northwest Territories.

Five Antlers Ale (4.6%) takes its name from the five species of caribou that can be found in various regions of NWT, all of which are at risk.

Described as “a copper-coloured ale that is light bodied with notes of caramel and has a mild hop presence with a crisp finish for easy drinking,” it’s been released in five different cans – each representing one of the five caribou species – designed by local artist Robbie Craig.

Five Antlers Ale is available now at liquor stores in Yellowknife and on tap at The Woodyard, and will be one of the NWT beers featured at the Folk On The Rocks music festival this weekend. Partial proceeds from sales will go towards caribou protection programs.

For more details, and to purchase branded merchandise that will also support caribou conservation, see the Five Antlers website.