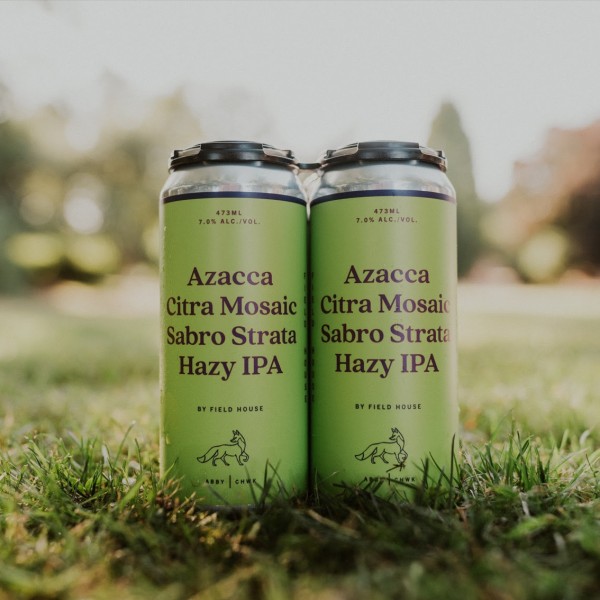 ABBOTSFORD, BC – Field House Brewing has announced that a limited edition IPA originally released in January for the brewery’s 5th anniversary is back with a new and exceedingly descriptive name.

This IPA features five of our favourite IPA hops to create a hop bomb of an IPA that is both Juicy and Dank. Flaked Oats and Spelt Malt take a backseat to Sabro, Citra, Strata, Mosaic and Azacca in this five hopped, double dry-hopped IPA. Why not? We love hops!

Azacca Citra Mosaic Sabro Strata Hazy IPA will be released Thursday July 15th at Field House, and can be pre-ordered now via the brewery online store.