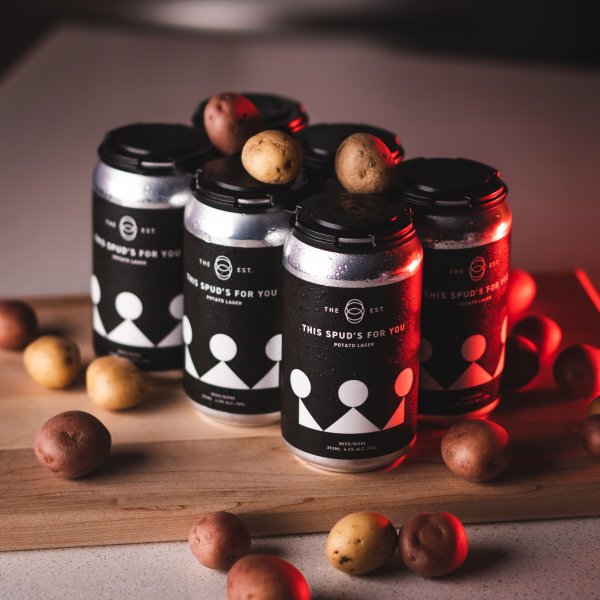 CALGARY, AB – The Establishment Brewing Company has announced the release of a new beer in support of Grow Calgary, Canada’s largest urban community farm and a nonprofit organization that grows fresh produce for social agencies in Calgary with food access programs.

American Lager is a style made famous by massive scale producers in their attempt to dilute beer’s naturally malty flavour in order to up its appeal in the eyes of the many. By adding low-taste, low-cost ingredients like corn and rice, big box brewers keep their profits high and condition consumers to taste less and buy more. (We said what we said.)

While it’s usually frowned upon by craft connoisseurs, this style is technically demanding to brew. With no strong flavours in the mix to pull focus or beg forgiveness, everything has to be just right – including the quality of the ingredients. Enter Red Shed Malting’s barley and our chosen adjunct: the humble potato. True to style, we brewed this beer at a higher sugar concentration before diluting it with water just like all the multinational breweries do!

This Spud’s For You is available now at the Establishment retail shop and online store. Partial proceeds from its sales will go to Grow Calgary.