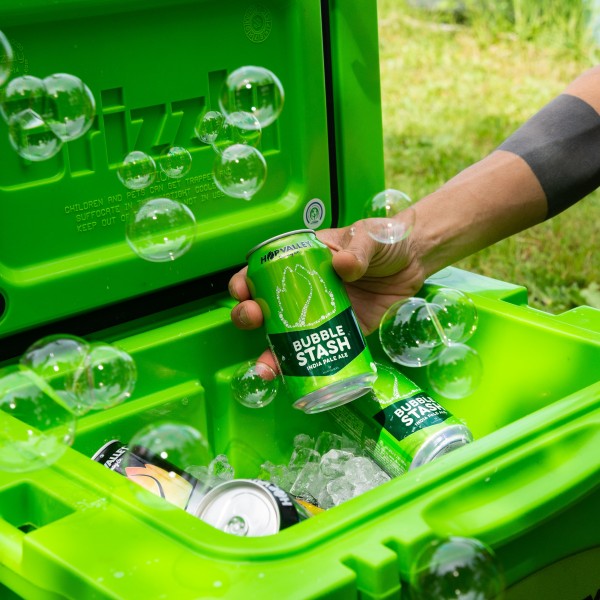 TORONTO, ON – Molson Coors has announced that the flagship brand from one of breweries in its Tenth & Blake craft and import division is now available in Canada.

Hop Valley Brewing was established in Eugene, Oregon in 2009, and was acquired by Molson Coors in 2016. Distribution of its beers remained focused in the Pacific Region of the U.S. until earlier this year when select brands from its Stash Series of IPAs brewed with Yakima Chief Cryo Hops went national.

In Canada, Hop Valley has been introduced with Bubble Stash IPA (6.2%):

Production of Bubble Stash for the Canadian market is taking place at the Molson-owned Creemore Springs Brewery facility in Creemore, Ontario.

Hop Valley Bubble Stash IPA is available now at select beer retailers and licensees across Canada. It can also be ordered for delivery in the Greater Toronto Area via the Molson Coors Ship & Sip webstore.