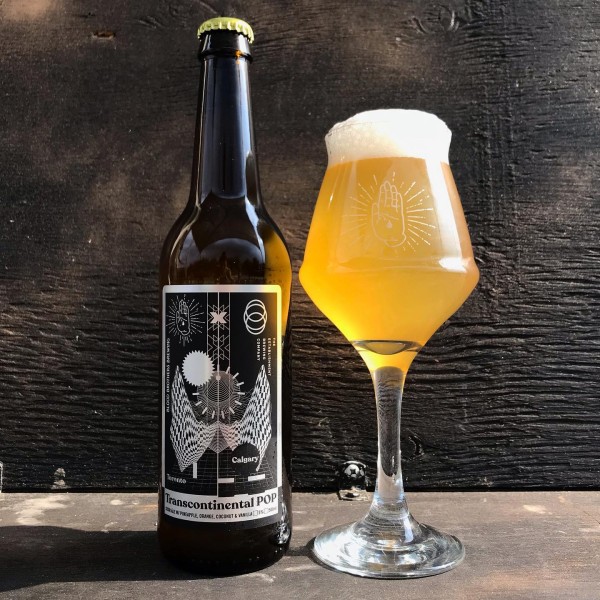 TORONTO, ON & CALGARY, AB – Blood Brothers Brewing and The Establishment Brewing Company have announced the release of a new long-distance collaboration.

Transcontinental Pop (5% abv) takes its name from a 1970 music festival featuring The Grateful Dead, Janis Joplin, The Band and others that toured across Canada by train.

Starting from the same base recipe – a sour ale made with pineapple, orange, coconut, and vanilla – each brewery made their own version, and provided descriptions accordingly.

Aromas of pineapple and tropical fruit meld perfectly into a bright lactic sour. Coconut provides a creamy and smooth texture while the combination of orange zest and vanilla leave notes of creamsicle on your palate. Enjoy the show. 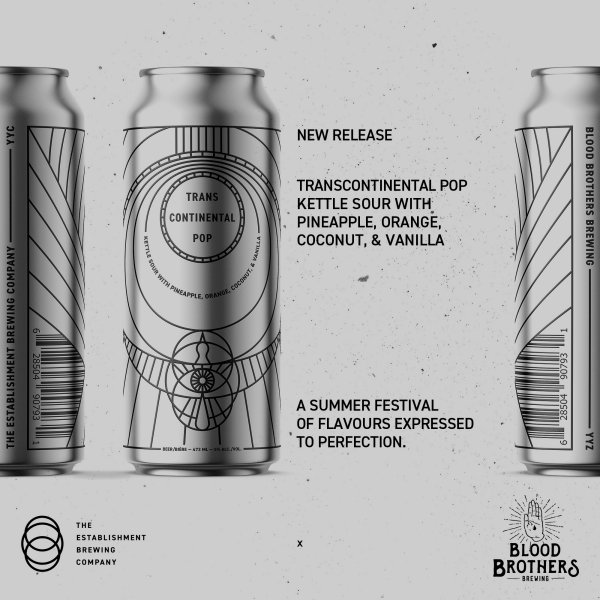 Being a fruited kettle sour, it’s bewitchingly fruity and slightly tart. Where it really cracks the cauldron is with the creamy quality of the vanilla and coconut combined. It’s groovy as all get-out and something even the coolest cats will have to skitty to get their paws on. We hope you enjoy the show.

Transcontinental Pop is available now in Ontario at the Blood Brothers taproom, store and online shop; and in Alberta at the Establishment taproom, store, online shop, and soon at select beer retailers.