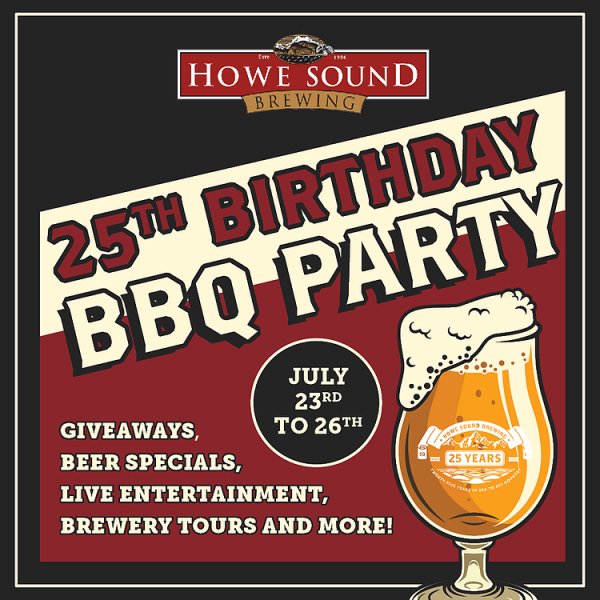 SQUAMISH, BC – Howe Sound Brewing will be marking its 25th anniversary with four days of celebrations this weekend.

From Friday July 23rd to Monday July 26th, the brewery will be hosting a BBQ Birthday Party, with specials and attractions including:

For more details, see the 25th Anniversary page on the Howe Sound website.