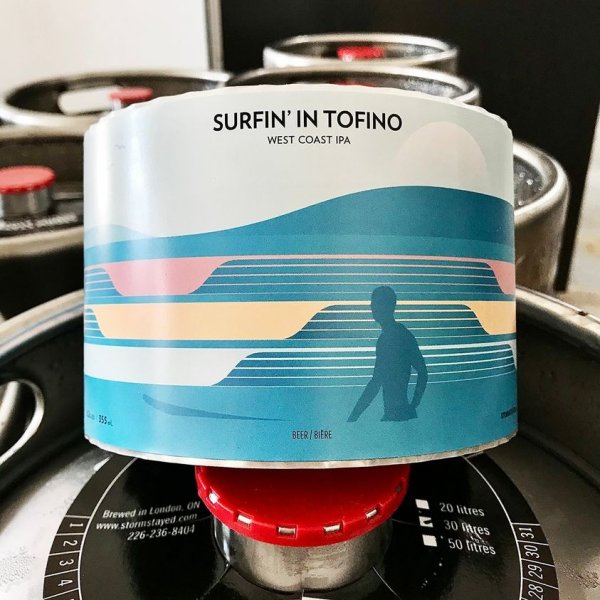 KITCHENER & LONDON, ON – Short Finger Brewing and Storm Stayed Brewing have announced the release of a new beer inspired by a Canadian ska punk classic.

Classic west coast IPA using all American “C” hops. This beer will take you back to the days of the Planet Smashers, when the West Coast IPA reigned supreme (to truly enjoy this beer, you do need to play the song while drinking it).

Surfin’ in Tofino will officially debut today (July 22nd) at Pub Milos’ in London, with a launch party starting at 6:00 PM that will also feature other limited release beers from both breweries.

Following the launch, Surfin’ in Tofino will be available at the Storm Stayed retail store and online shop, and can also be pre-ordered for pick-up starting tomorrow at Short Finger.