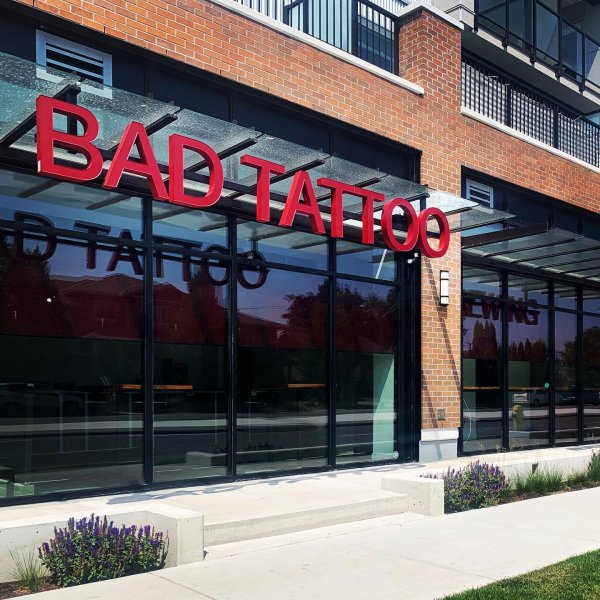 KELOWNA, BC – A few months after it was first announced, Penticton-based brewpub and pizzeria Bad Tattoo Brewing has opened its second location in Kelowna.

Bad Tattoo co-owner and manager Lee Agur told Kelowna Now in April that the expansion had been in the works for a while, and that Kelowna was the obvious choice since the city “drinks most of our beer, [is] the biggest market in the Okanagan and it’s a beautiful location.”

The new spot at 740 Clement Avenue is situated in an area of Kelowna that is also home to many other current or soon-to-open breweries and brewpubs, including BNA Brewing, Kettle River Brewing, Kelowna Beer Institute, The Office Brewery, Red Bird Brewing, Rustic Reel Brewing, Unleashed Brewing, Vice & Virtue Brewing, and Welton Arms.

More details on the new location including business hours are expected to be announced soon via the Bad Tattoo website and social media.