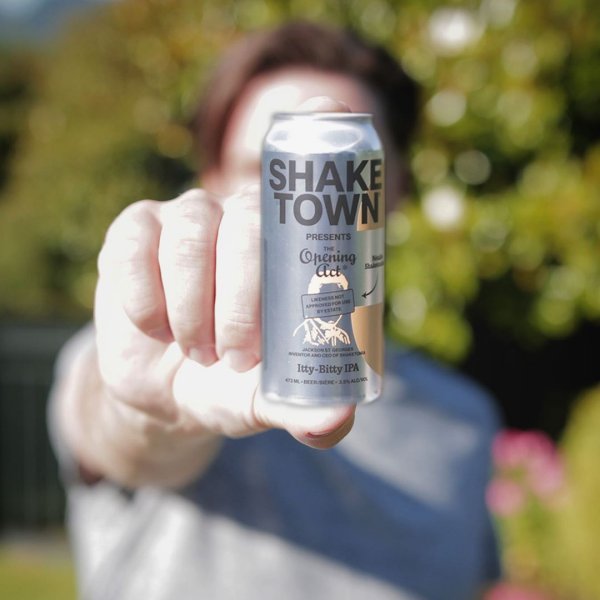 NORTH VANCOUVER, BC – Shaketown Brewing has announced the release of the third in the Opening Act series of beers that it is having produced at Settlement Brewing in advance of the opening of its own location later this year.

Who says you have to be 6% or higher to ride the Coaster at Playland? Because this IPA weighs in at 3.5%, and no, that’s not a typo. This will punch your mouth out cold with a hop explosion like Glen, the plastic axe wielding monster at Fright Nights 2012 who got more-than-a-little too close for comfort… I hear he has a foodtruck now. Sorry about the mouth Glen.

This beer has a BOLD hop aroma of guava, pineapple and citrus up front and leaves you with a lingering flavour of ripe stone fruit, with hints of raspberry and white grape. This beer has. it. all. and will caress your mouth with a surprisingly gentle and delicate finish.

Itty-Bitty IPA is available now at select liquor stores in the Vancouver area.