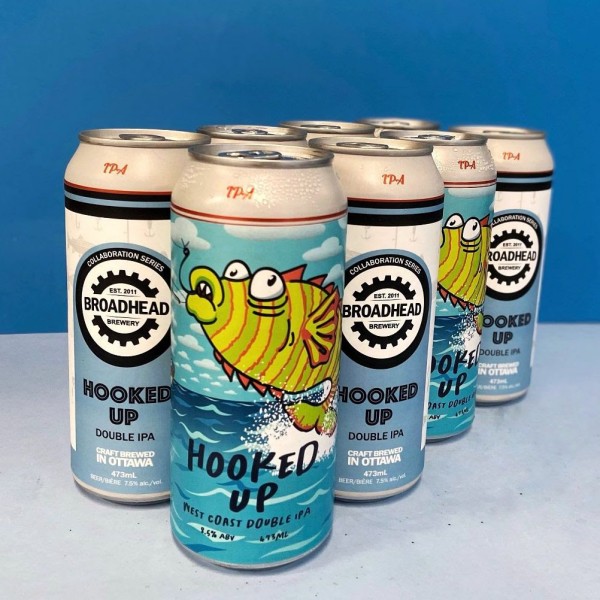 TORONTO & OTTAWA, ON – Henderson Brewing and Broadhead Brewery have announced the release of a pair of collaborative beers.

Both are called Hooked Up, with each brewery crafting a different take on the Double IPA style.

Henderson Hooked Up (8.5% abv) is an old school version that offers “all the characteristics of an original west coast DIPA – firm bitterness and hoppyness, accompanied by notes of pine, orange and toffee.”

Broadhead Hooked Up (7.5% abv) is a more modern version that “introduces itself with a bright, tropical aroma, with notes of grapefruit, pineapple and orange. Your palate is left with a taste of lingering caramel and mild bitterness – all balanced out by the strong hop presence.”

Each brewery is selling its own edition of Hooked Up, and will also have a limited amount of the other brewery’s version, via their respective retail stores and online shops.