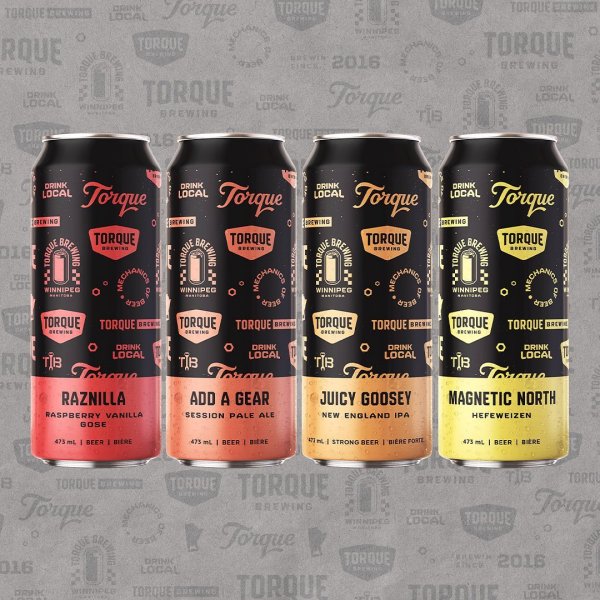 WINNIPEG, MB – Torque Brewing has announced the release of a new seasonal sampler pack with three new beers plus a returning favourite.

The Summer Mixer Pack includes two cans each of Raznilla Raspberry Vanilla Gose, Add A Gear Session Pale Ale, Juicey Goosey NEIPA, and – “for all you who have been asking” – the return of Magnetic North Hefeweizen.

The package is available now at the Torque retail shop and online store, and select beer retailers in Manitoba.