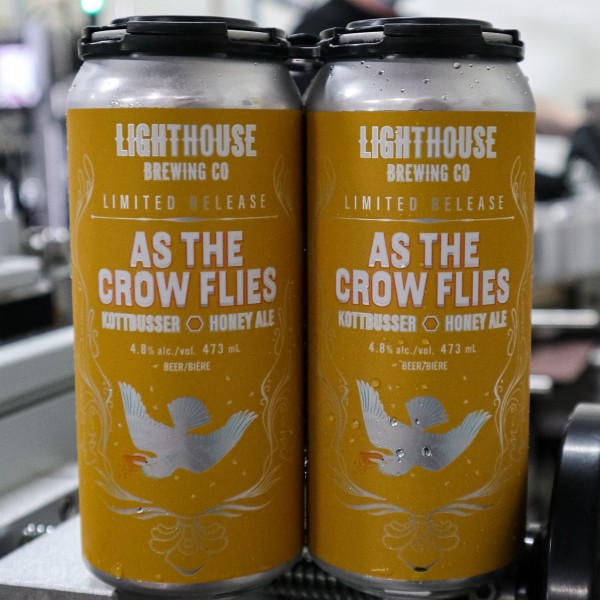 Kottbussers are a once near-extinct Honey Ale, originating from Germany. When the Bavarian Purity Law of 1516 was put into place, Kottbussers faded into obscurity due to the use of adjuncts like honey and oats. In the modern Craft Beer revolution, it sees a rebirth: clean, honey-sweet, and beautifully golden with bright white lacing. Fly straight home, as the crows do, to relish in the old-world flavour of this almost-forgotten brew.

As The Crow Flies is available now at Lighthouse Brewing and select liquor stores in British Columbia.