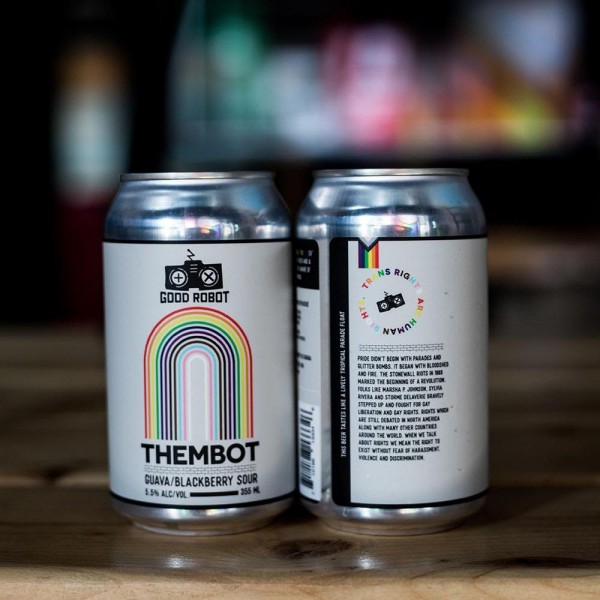 ThemBot Guava & Blackberry Sour (5.5% abv) is described as having a “beautiful peachy colour,” with a taste “like a lively tropical parade float.” It also comes with the following important message:

Pride didn’t start with parades and glitter bombs. It began with bloodshed and fire. The stonewall riots in 1969 marked the beginning of a revolution. Folks like Marsha P. Johnson, Sylvia Rivera and Storme Delaverie, Bravely stepped up and fought for Gay Liberation and Rights. Rights still deliberated in North America and other countries around the world. When we talk about rights we talk about the right to exist without fear of harassment, violence and discrimination.

ThemBot is available now in the Good Robot retail store and online shop.

[NOTE: An earlier version of this article referred to Good Robot ThemBot as the official beer of Halifax Pride. This was incorrect, and CBN apologizes to Halifax Pride and its sponsors for the error.]