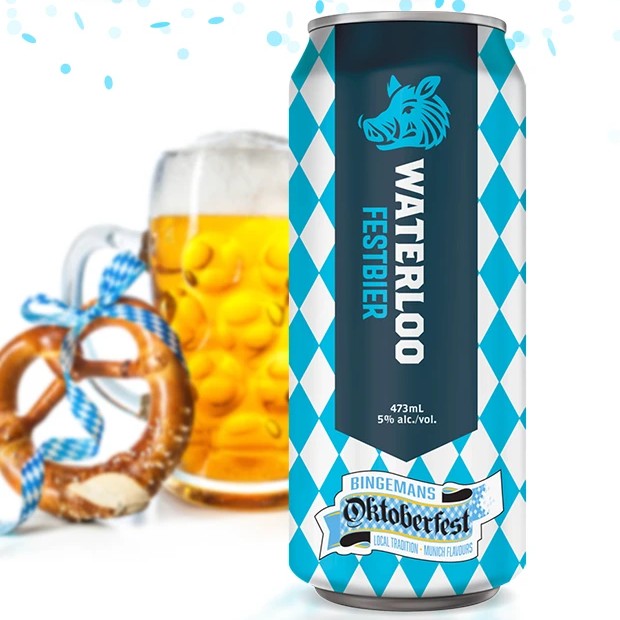 KITCHENER, ON – Waterloo Brewing has announced the return of the official beer of Bingemans Oktoberfest.

Festbier is a full-bodied lager, brewed in the classic Marzen-style with a touch of Munich malt, delivering bold, sweet flavours, balanced by a noble hop bitterness. Festbier is a smooth, celebratory beer made from the purest ingredients.

Waterloo Festbier is available now at the Waterloo Brewing retail store, and soon at select LCBO locations in the Waterloo Region. It will also be pouring at the Bingemans Oktoberfest Kool Haus Biergarten, running September 24th-25th and October 1st-3rd, 2021 during Kitchener-Waterloo Oktoberfest.