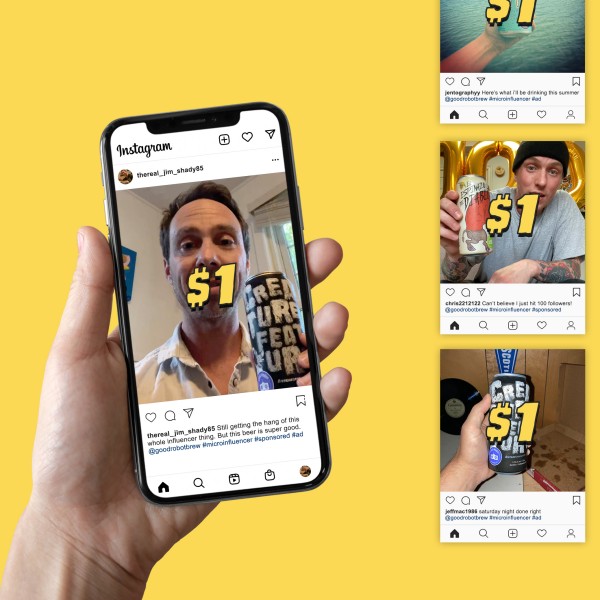 HALIFAX, NS – Good Robot Brewing has announced the launch of a new campaign that will reward those who promote their beers on Instagram, “regardless of their followers, photography skills, or whether or not they have a fancy blue checkmark.”

The promotion calls on “micro-influencers” – i.e. people with less than 10,000 Instagram followers – to post photos or videos of several Good Robot brands including Creature Feature IPA, Diablo Mexican Lager, The Fizz Moon Mist Seltzer, Uncle Giggles APA, and Ten Thousand Pound Pilsner. In exchange, the brewery will pay $1 per post, up to one post per brand per week.

The campaign will run from August 9th to November 14th, 2021 – “or until we run out of money, whichever comes first” – and is open to all legal drinking age residents of Nova Scotia who had an active Instagram account before August 9th.