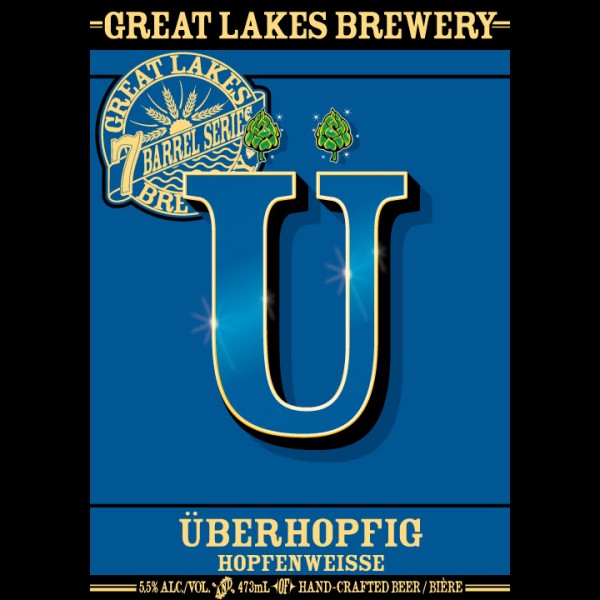 TORONTO, ON – Great Lakes Brewery has announced the release of a hop-forward take on a classic beer style.

We love a good Weissbier. Our fondness of a hop-forward pale ale has also been noted. Sometimes we can’t decide which to reach for, so we made this Hopfenweisse.

Überhopfig will be released tomorrow (August 12th) at 4:00 PM in the Great Lakes retail shop and online store, where it will be joined by several returning favourites including Thrust! An IPA, Frust! A Fruited IPA, Karma Citra IPA, Miami Weiss White Pale Ale, and Pumpkin Ale.