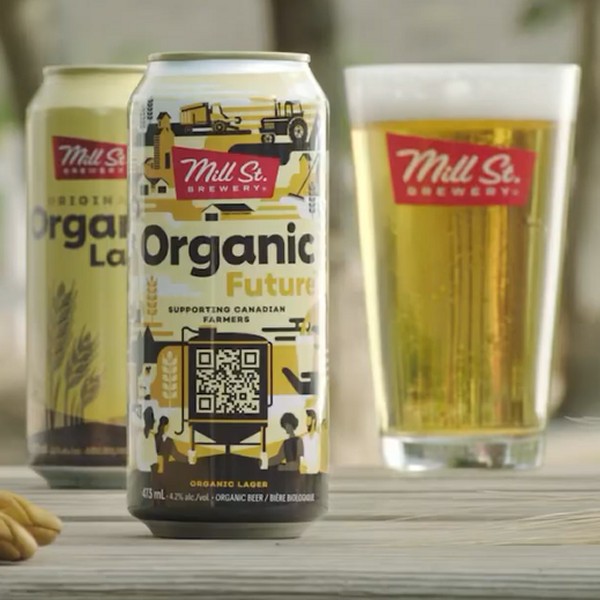 TORONTO, ON – Mill Street Brewery has announced the release of a rebranded version of its original flagship beer to assist Canadian farmers that are making the move to organic farming.

Organic Future Lager (4.2% abv) is the new name and package for the brewery’s Organic Lager, and has the following story:

Original Organic Lager is the heartbeat of Mill Street’s brewery – it was the first beer they ever brewed when they opened up back in 2002. Though many breweries have hopped on the organic wagon, the idea of making an organic beer has always been a tenet of Mill Street, doing the right thing despite the challenges. So it made sense for this to be the beer to drive change and help create an organic future.

Speaking of, farmers across Canada face some pretty big challenges when attempting to go from conventional to organic practices – to start, it’s expensive and takes about three years to complete! And because Mill Street loves all things organic, they’ve decided to help. For every Mill Street Organic Future sold as well as for every like and share of a special Organic Future social post, Mill Street will donate $0.50 to Canada Organic Trade Association’s new Organic Conversion Support Program, so that together we can provide farmers with a financial boost along their journey.

To help promote the launch of Organic Future and the funding campaign, Mill Street has produced a series of videos for Instagram and Facebook featuring Angela Kinsey from The Office, in which she has taken over a certain beet farm and is shifting it to organic growing methods.

For more details on Organic Future, see the info page on the Mill Street website.