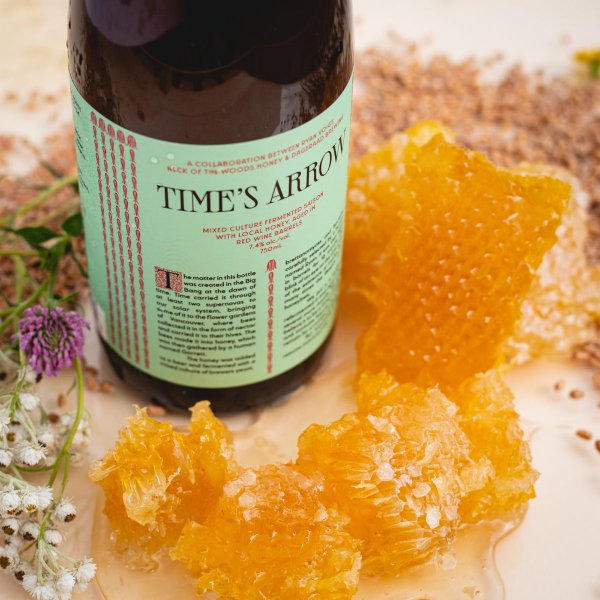 BURNABY, BC – Dageraad Brewing has announced the release of a barrel-aged saison that was more than 2 years – or perhaps many millennia? – in the making.

The matter in this bottle was created in the Big Bang at the dawn of time. Time carried it through at least two supernovas to our solar system, bringing some of it to the flower gardens of Vancouver, where bees collected it in the form of nectar and carried it to their hives. The bees made it into honey, which was then gathered by a human named Garrett.

The honey was added to a beer and fermented with a mixed culture of brewer’s yeast, brettanomyces and bacteria, carefully selected by a human named Ryan. It was then aged for 18 months — the blink of an eye on the time scale of the existence of matter, but many times the lifespan of a honeybee.

We put it in bottles, refermented it and aged it for several more months. We now believe it to be a thing of subtle and intricate beauty, as it will remain for a number of years.

But eventually it will resume time’s journey.

Time’s Arrow is available now at the Dageraad retail store and online shop, and a limited number of bottles will be distributed next week to select private liquor stores.