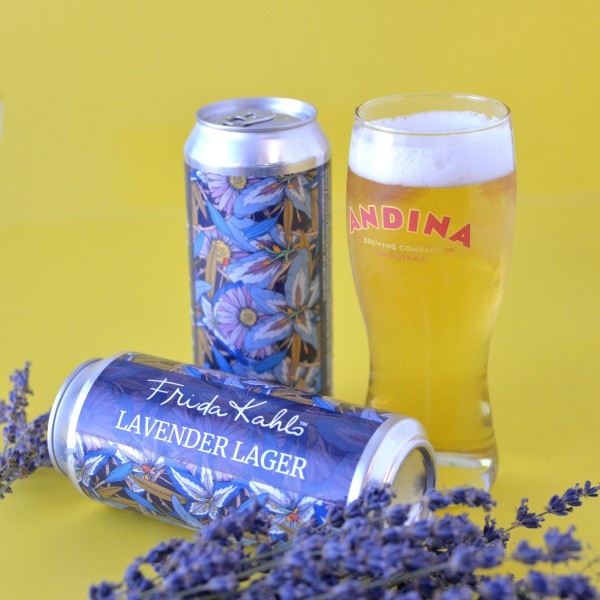 VANCOUVER, BC – Andina Brewing has announced the release of a new limited edition beer inspired by one of the greatest artists of the 20th century.

Creativity breeds creativity. We are thrilled and honoured to team up with the Frida Kahlo Corporation on this beer release that is, hopefully, half as creative as Frida Kahlo was. Inspired by her incredible floral painting featured on the can design, this Lavender Lager is refreshing and crisp with subtle floral notes. Brewed with art, originality and Mexico in mind, this limited release is a perfect beer for a summer night or a gallery tour.