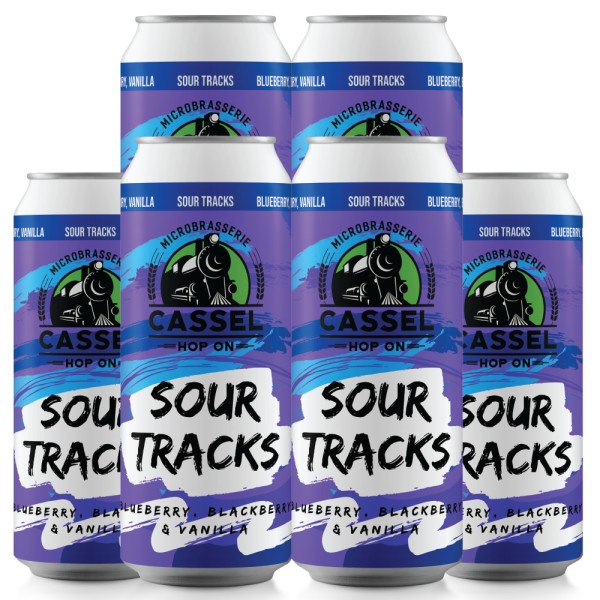 CASSELMAN, ON – Cassel Brewery has announced the final release in its line of “refreshing and flavorful beverages for the summer”.

Sour Tracks is described as “a series of fruited sour ales that begin with a modest amount of grain, an even bigger dry-hop, and then finished with the addition of hundreds of pounds of fruit puree.”

The series is wrapping up with Sour Tracks Blueberry, Blackberry & Vanilla (5% abv), which can be pre-ordered now via the Cassel online store in advance of its release later this week.