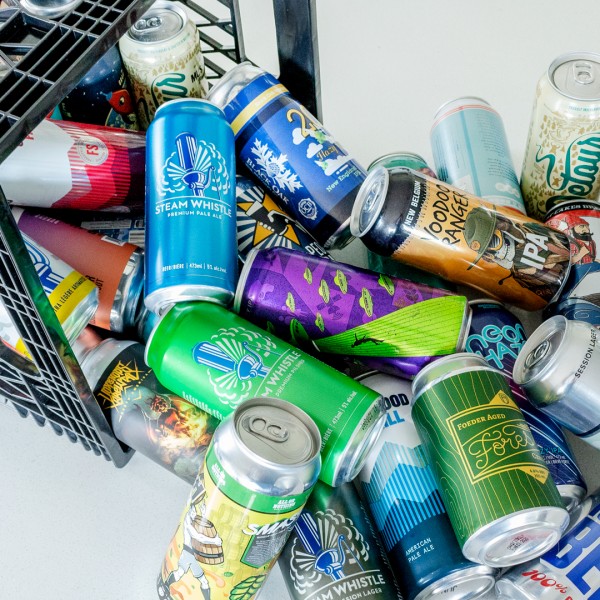 TORONTO, ON – Steam Whistle Brewing has announced details of the latest edition of the Biergärten Craft Beer Crate, with this month’s package serving as an at-home replacement for the the brewery’s Roundhouse Craft Beer Festival, which has been cancelled due to COVID-19 for the second year running.

While previous editions of the Crate have featured 28 pre-selected beers from Steam Whistle and other Ontario breweries, the Festival Edition offers buyers more flexibility to build their own package.

The Crate starts with a core six-pack of beers from Steam Whistle and New Belgium, plus a Bavarian-style pretzel kit. From there, customers can add up to 22 beers from more than 20 other breweries, and can also select additional food items including sausages and pizzas.

The Biergärten Craft Beer Crate Festival Edition will be available to order tomorrow (August 17th) starting at 12:00 noon via the Roundhouse Craft Beer Festival website. All orders include free delivery in the Great Toronto Area, or can be picked up at Steam Whistle.