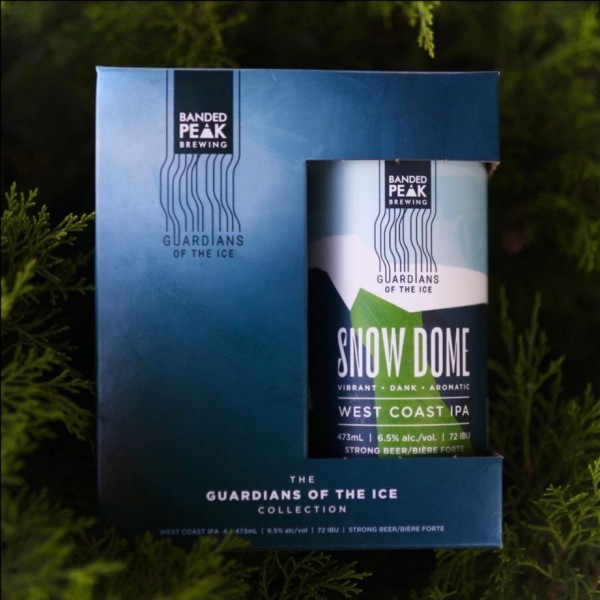 CALGARY, AB – Banded Peak Brewing has announced the release of the latest in a series of beers in support of Guardians of the Ice, a non-profit organization with a mission to “inspire dynamic environmental stewardship on behalf of the rapidly retreating Columbia Icefield (Canadian Rockies) and its watersheds, leading to a low-carbon future for the whole planet.”

Snow Dome West Coast IPA (6.5% abv) is the second of twelve beers that will be released in the series, each of them named after a different peak in the Icefield.

Snow Dome West Coast IPA is available now at the Banded Peak retail store and online shop, and select beer retailers in Alberta. $2 from every four-pack sold will be donated to support Guardians of the Ice.