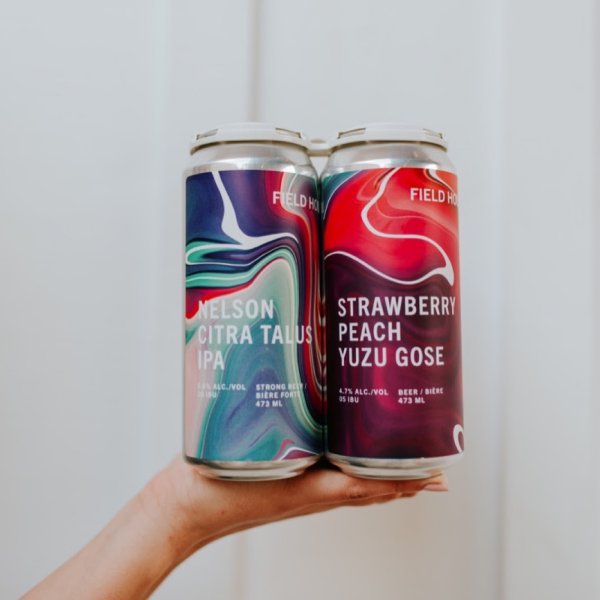 ABBOTSFORD, BC – Field House Brewing has announced the release of two new beers created in collaboration with Superflux Beer Company.

This gose features a cocktail of fruits, balancing the acidic and bitter Japanese yuzu fruit with the sweet character of peaches and strawberries.

This IPA is dry-hopped with loads of Talus, Nelson Sauvin and Citra hops for a complex fruit dominant hop character. Big, bold and juicy.

Both beers will be released tomorrow (Thursday August 19th) at both Field House locations, and can be pre-ordered now via the brewery’s online store. They will also be available soon at select private liquor stores.