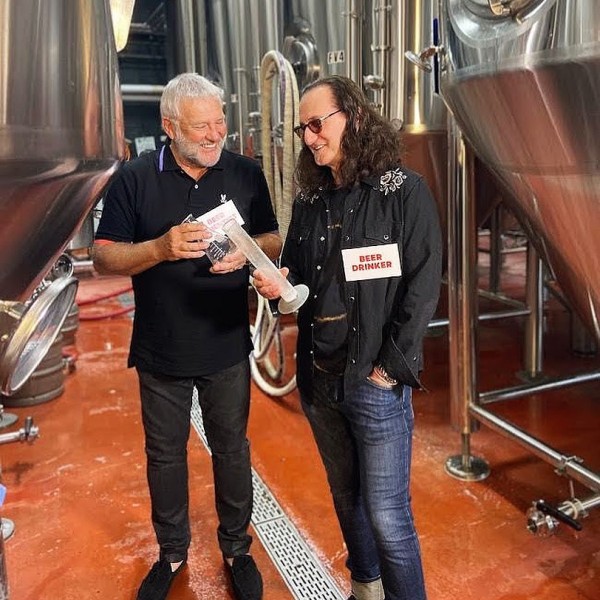 TORONTO, ON – Henderson Brewing has announced the release of a new beer created in collaboration with legendary Canadian rock band Rush.

Rush Canadian Golden Ale is actually the second Rush-related beer to come from Henderson, following Put Your Scarf On Geddy Imperial Stout which was released in 2016, but it’s first to be officially endorsed by the group and developed with the participation of surviving members Geddy Lee and Alex Lifeson:

In the summer of 2020, Rush and Henderson began taste testing many prototype brews and early in 2021 the band and the brewery both felt they had come up with a brew they could stand behind. Subtly complex, refreshing and satisfying and uniquely Canadian, as the beer gets its taste from Canadian ingredients, including Rye.

“Rush Canadian Golden Ale is golden in colour with a dense ivory head. It has an earthy aroma with hints of orange-peel, pine and spicy rye. While the emphasis is on refreshment, there are elements of pine, rye spice and a citric hop flavour that add to the subtle complexity of the beer,” remarked Alex Lifeson, the band-proclaimed Beer Scientist.

Rush Canadian Golden Ale will be officially launched on Monday August 30th, and will initially be available in Ontario, with distribution elsewhere in Canada to follow soon.