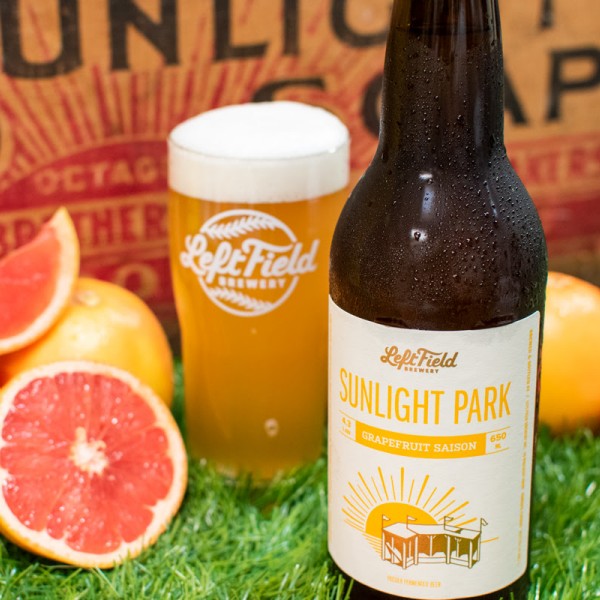 TORONTO, ON – Left Field Brewery has announced the return of one of its earliest seasonal beers in a new and improved form.

Sunlight Park Grapefruit Saison (4.3% abv) was first released in 2014, and is named after Sunlight Park, Toronto’s first professional baseball stadium, which stood near Queen Street East and Broadview Avenue in Toronto from 1886 to 1913.

Back and better than ever after a trip through the foeders, Sunlight Park is a light saison brewed with malted wheat and grapefruit zest. Now fermented and aged in our oak foeders with an Old World Saison Blend yeast and Berliner Brett for a dry, refreshing finish.