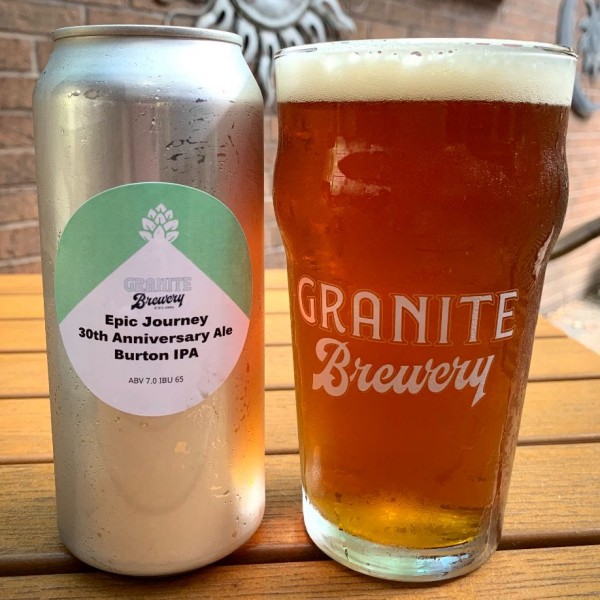 TORONTO, ON – Granite Brewery has announced the release of a new beer to celebrate its 30th anniversary.

We went back to the early evolution of India Pale Ale, adding a local, modern twist. We adjusted the water profile to mimic that of Burton-on-Trent, the early IPA mecca with the highest natural sulphate content of any brewing town in the world. We used all British malt, and naturally, our Ringwood yeast. Old world meets 21st century with generous doses of local Cascade, Centennial and Chinook hops from VQH farm. The result is a strong, copper coloured IPA with loads of citrus and pine character and a solid bitter backbone. Some of this beer was put into an oak barrel, as would have been used for the passage from England to India, and then into casks. The rest we carbonated for draft, similar to early IPAs kept for the folks at home.

Epic Journey is on tap now in cask and keg versions at the Granite bar, and in a limited run of cans at the brewery retail store and online shop.