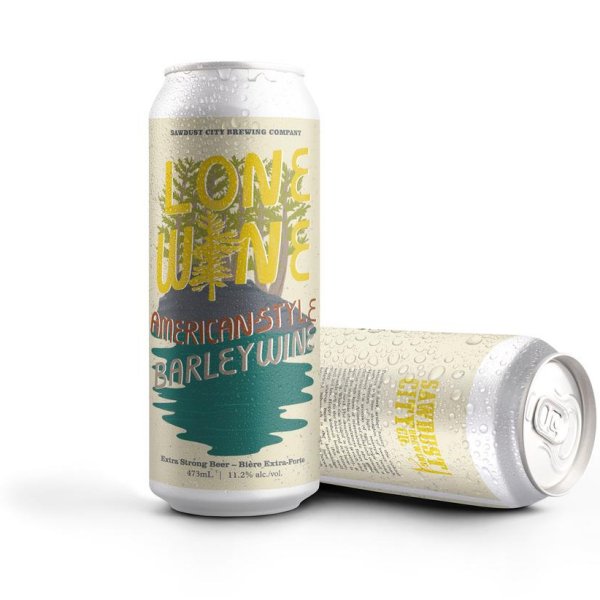 GRAVENHURST, ON – Sawdust City Brewing has announced the release of a special variant on one of its flagship beers for its milestone 2000th brew.

Lone Wine American-Style Barleywine (11.2% abv) started with the base recipe of Lone Pine West Coast IPA, with the ingredients and abv amped up to “recreate an old school American Barleywine… the kind we used to drink way back in the day when we were sittin’ around dreaming about opening our own brewery.”

Pouring a dark, amber honey the colour entices you into thoughts of sweet malt with flavours of light toasted bread. However, the aromas of aged hops tell a different story. Aromas of subdued orange citrus with hints of marmalade and pine lead the way while the maltiness fades into the background. The mouthfeel is rich and satisfying. While the alcohol is present, it only adds heft to the beer and it’s heat is well hidden. Hoppy without being bitter, malty without being sweet, this well balanced behemoth is the knowledge accumulation of 2000 brews here at Sawdust City. Each of those 2000 brews was a learning experience unto itself, with all the success and all the failures we’ve made over the past seven years going into the construction of this beer. This may be our first barley wine, but we had 1999 brews to get it right.