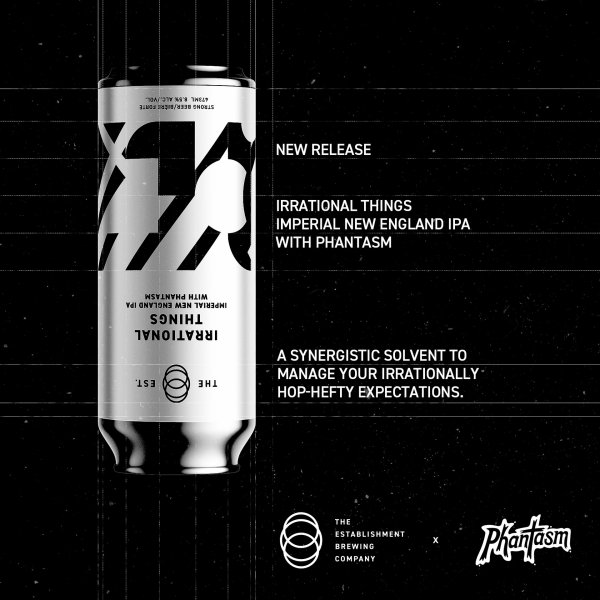 CALGARY, AB – The Establishment Brewing Company has announced the release of the first beer to be brewed in Alberta with a unique new ingredient.

If we told you we were going to use freeze-dried Marlborough Sauvignon Blanc grape skin in our next Imperial New England IPA, would you accuse us of Irrational Things? Because we’d plead guilty. We’re also guilty of being the first Alberta brewery to get our hands on this magic dust—we don’t mean to brag, it came up organically!

This experimental product goes by the name Phantasm, which is fitting since it’s basically our phantasy. While still in its infancy, Phantasm lets select breweries dabble in their rad science, and we’re so pumped they consider us worthy. By harnessing the power of this powder’s mighty thiols, we synergistically supercharged the already bountiful hops typical of the style.

Irrational Things is available now at the Establishment retail shop and online store.