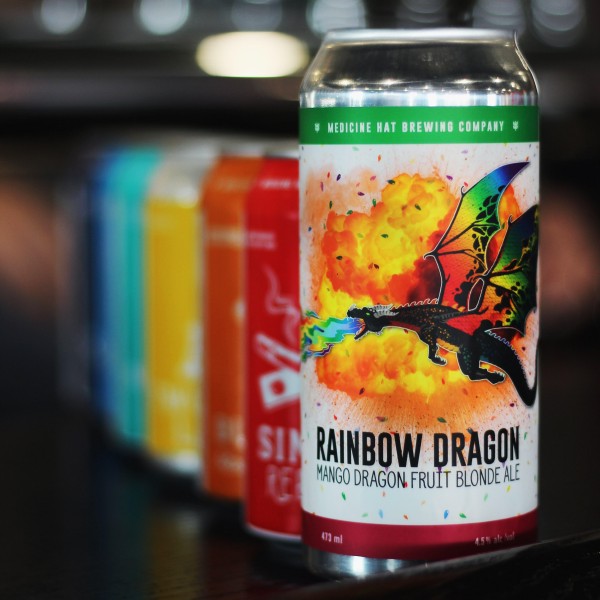 MEDICINE HAT, AB – Medicine Hat Brewing has announced the release of a new beer in partnership with the Pride Association of Southeast Alberta.

Rainbow Dragon will be released on Saturday August 28th at the Medicine Hat Brewing taproom and retail store, and will also be distribute to select liquor retailers in Alberta.

Proceeds will support the Pride Association of Southeast Alberta, which will be holding Pride Week on September 6th-11th, 2021 at the Medicine Hat Exhibition & Stampede Grounds.