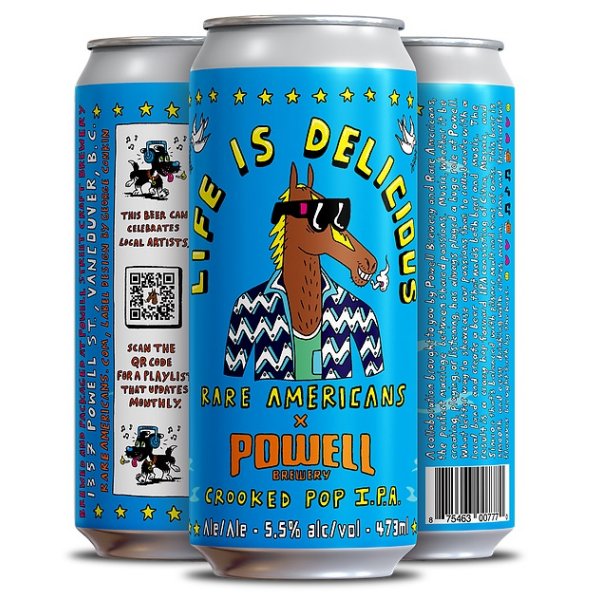 VANCOUVER, BC – Powell Brewery has announced the release of a new collaboration with local “crooked & catchy” band Rare Americans.

Music, whether it be creating, playing, or listening, has always played a huge role at Powell. What better way to showcase our passions than to collaborate with a local band and create a beer that melds both beer and music. The result is a crazy hop forward IPA consisting of Citra, Mosaic, and Simcoe that’s balanced with pilsner malt and tons of oats. This beer is smooth and easy drinking with citrus, melon, pine, and tropical fruit flavours brought forth by the hops.

Crooked Pop will be released tomorrow (August 28th) at Powell Brewery, with a launch party in the parking lot starting at 4:00 PM featuring games, drinks, music, and food from Aftermath BBQ.