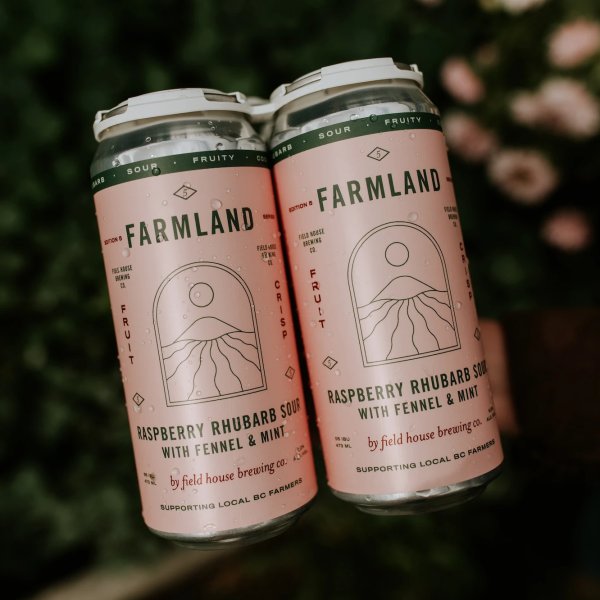 ABBOTSFORD, BC – Field House Brewing has announced the latest release in its Farmland Series of beers brewed using ingredients from the brewery’s Field House Farms and other local growers and suppliers.

Made with Field House Farms Fennel and Mint, this sour ale is the perfect marriage of fruit, fresh herbs, and acidity. Raspberry is accentuated by anise and berry notes of the fresh fennel fronds and alcohol sweetness. The Rhubarb lends an herbal brightness, and the beer finishes crisp with a hint of cooling from the mint.

Raspberry Rhubarb Sour be released on Thursday September 2nd at Field House, and can be pre-ordered now via the brewery’s online store.