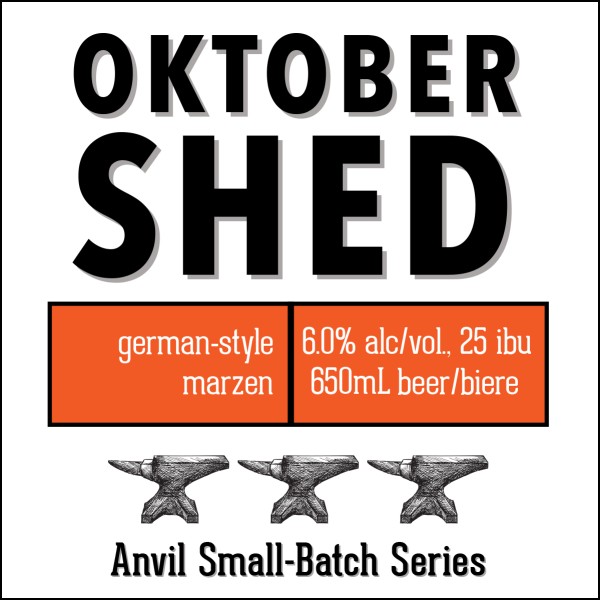 DUNDAS, ON – Shawn & Ed Brewing has announced the return of a traditional autumn seasonal as latest release in its Anvil Small-Batch Series.

Originating in Germany, this style was traditionally brewed in the spring (“Marzen” meaning “March”) and aged, or lagered, throughout the summer. A stronger version was served at early Oktoberfest celebrations. A beer rich in malt – a combination of Pilsner malt, Munich malt, and Caramunich malt – with a balance of clean, hop bitterness, similar to a Vienna lager.