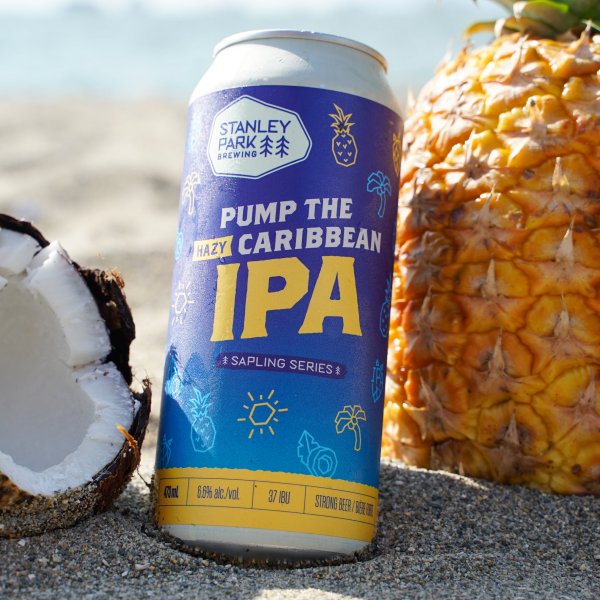 VANCOUVER, BC – Stanley Park Brewing has announced the latest release in its Sapling Series of limited edition small batch beers.

Pump the Caribbean is a super tropical Hazy IPA pumped up with additions of pineapple puree and Sabro hops that give it a strong coconut flavour. “I found that Sabro tends to be a little more on the coconut side and doesn’t have quite enough of that pineapple flavour, so we added Mosaic, Comet and Crystal hops,” shared Brewmaster Thom Riley. “Comet hops have a pineapple forward note and Mosaic hops have a mango/pineapple component to them and Crystal hops add citrus to cut through it. We added the pineapple puree during fermentation, keeping the top end notes of pineapple and not so much of the sweetness.”

Pump the Caribbean is available now at select liquor stores in British Columbia, and at the Stanley Park Brewing online shop.