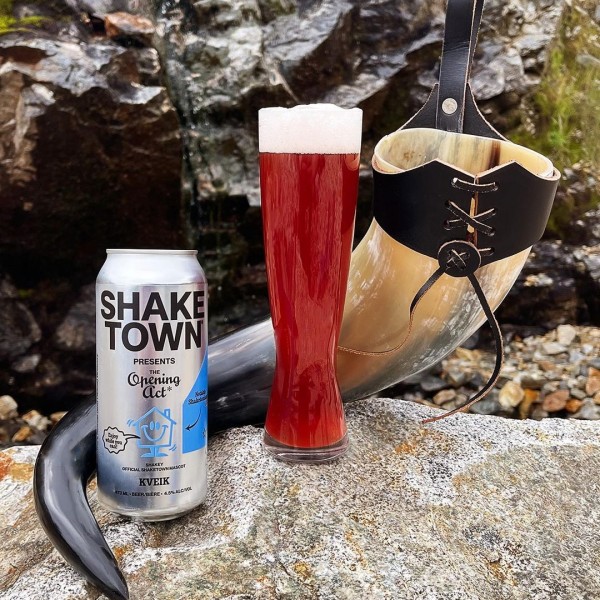 NORTH VANCOUVER, BC – Shaketown Brewing has announced the release of the fourth and final beer in the Opening Act series it is having produced at Settlement Brewing in advance of the opening of its own location later this year.

Kveik is an ancient Norwegian Farmhouse yeast that was developed using basic methods and techniques over thousands of years. Our concept was to use this yeast and make a beer with a heavy composition of wheat flakes and wheat malt; we were light on the hops; spiced it with grains of paradise, and lightly flavoured it with some elderberries at the end of fermentation.

Blueberries, blackberries and blackcurrant aroma all contribute to a subtle, mild earthy and fruit characteristic. That same fruit continues in the flavour, along with some lemon peel bitterness, spicy pepper and pine “woodsy” flavour coming from the grains of paradise. The finish is surprisingly clean and dry, leaving some black pepper and fruit acidity in the mouthfeel.

Kveik is available now at select liquor stores in the Vancouver area.