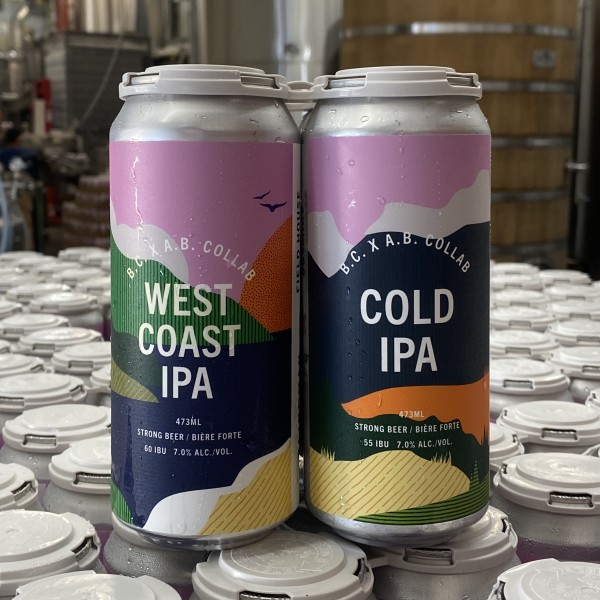 Championed by breweries in Oregon, this newer style takes all the good things from an India Pale Lager and aims to make them better. Crisper, more hop aroma, and a refreshing bitter bite. Cold fermented with Cali Ale yeast and a bone dry finish. A lot of fun experimentation and discussion went on around this beer, something both Field House and Blindman are accustomed to.

The tie-together beer of this home and away collab. Brewed at both locations with the same malt bill and hop varieties. Hazy beers are lovely and soft and juicy. This beer is not. Old school, big, bitter, piney, and just enough malt sweetness to make it a pleasing swig. Newer ingredients were used for an original craft style that helped inspire both breweries to get into this crazy business of delicious and inspired beer. Cheers to more craft goodness.

Cold IPA and West Coast IPA are available now in a mixed 4-pack at the Blindman tap room, and select beer retailers and farmers’ markets in Alberta.