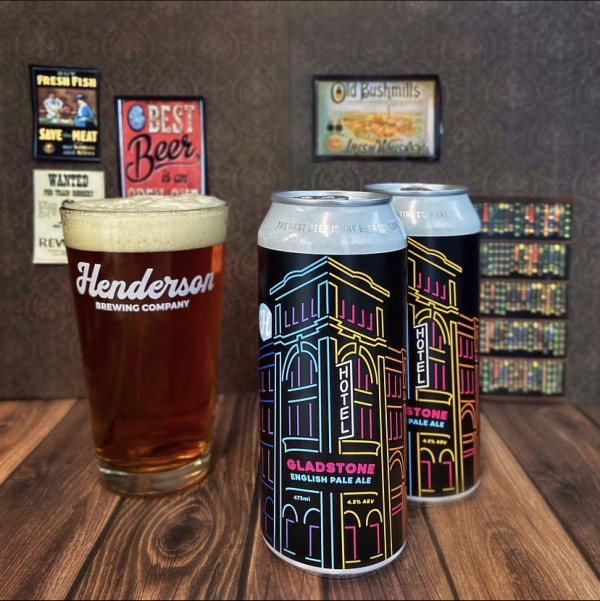 TORONTO, ON – Henderson Brewing has announced the latest release in its monthly Ides Series of small batch beers, with this month’s edition being a collaboration with Gladstone House:

Established in 1889, Gladstone House is the oldest operating hotel in the city. It has continued to be a part of Toronto’s history. While historically, this architectural icon was one of the first hotels in Ontario to get a license to serve alcohol, today it has become a hub for art and culture. Currently, the hotel is filled with artwork from local artists, providing a space that fosters creativity, invention and re-invention.

Copper in colour, with notes of toasty malts, citrus and grapes, this English Pale Ale was inspired by what we imagine was enjoyed in the hotel at the turn of the 20th century. Its firm bitterness and dry finish, as well as a low ABV of 4.5%, make this ale a refreshing partner to a number of classic pub dishes. Try it alongside a hearty shepherd’s pie, classic fish & chips or a nice Sunday roast.

Gladstone English Pale Ale is available now at the Henderson retail store and online shop, with partial proceeds going to support Craft Ontario, a “not-for-profit service organization that champions craft through building a connected community of makers and supporters.”