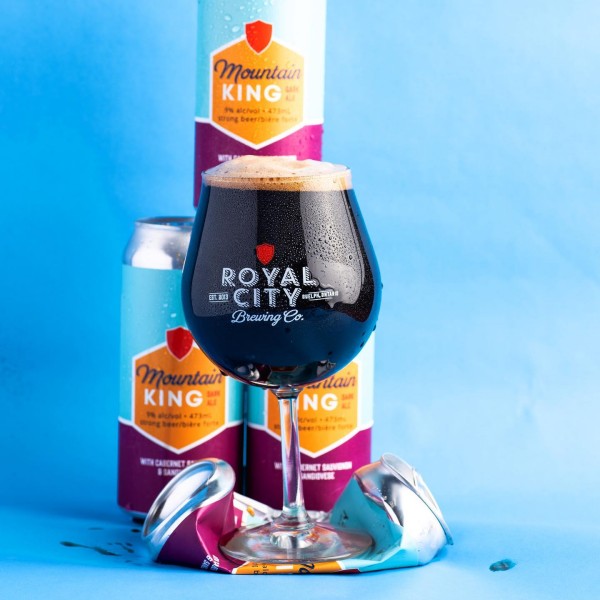 GUELPH, ON – Royal City Brewing has announced the release of a special edition of its Mountain King Dark Ale.

Mountain King, our big, bold, and robust ruler is back – this time with a twist. The base beer of Mountain King is a Strong Dark Ale fermented with Hornindal Kveik. This latest version features Cabernet Sauvignon and Sangiovese juice from our friends and neighbours KJ Urban Winery. The result is a delicious complex beer that drinks a little like chocolate covered raisins.