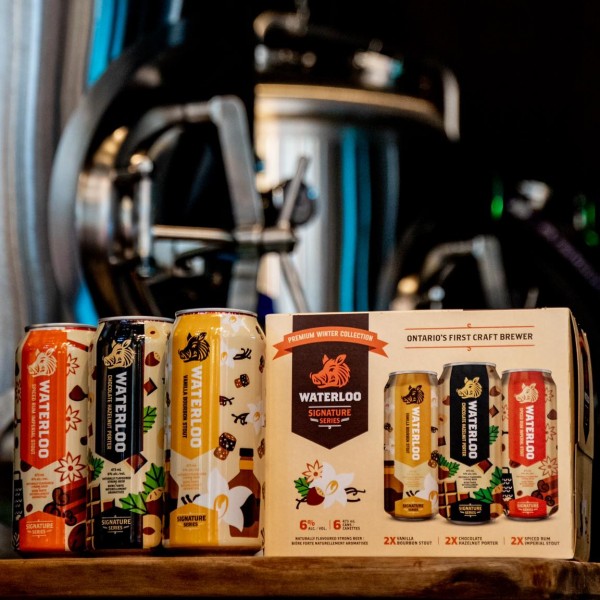 KITCHENER, ON – Waterloo Brewing has announced the release of the first in a new series of seasonal mixed packs featuring exclusive small-batch brews.

The Vanilla Bourbon Stout’s vanilla beans, bourbon-soaked oak and velvety chocolate malt connect you to familiar tastes of the season. The Chocolate Hazelnut Porter’s rich milk chocolate and lightly roasted hazelnut is cozier than a weighted blanket. And if you really want the rosy in your cheeks, try the Spiced Rum Imperial Stout, with a balanced maltiness and toasty aroma underscored by the warm flavour of spiced rum.