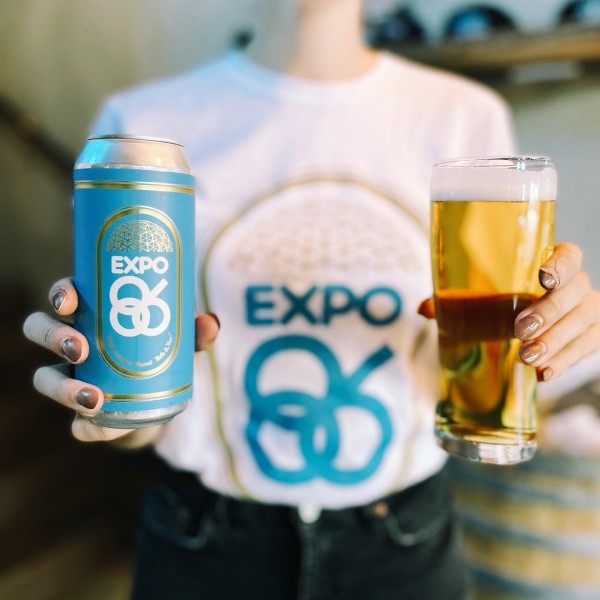 NEW WESTMINSTER, BC – Another Beer Co. has announced the release of a new retro-themed collaboration with local news and lifestyle website Vancouver Is Awesome.

We love Expo 86 branding and its dreamy larger-than-life influence on Vancouver as a city of the future, with driverless public transportation in the sky, rad skateboarding and a mosaic of pacific coast cultures. So we teamed up with fellow 86 dreamers at Vancouver Is Awesome and released a throwback ale, showcasing all that BC has to offer in a beer, just like the World Fair did for Vancouver years ago.

The Export style has existed throughout the world for hundreds of years now and was first brewed in Canada in the early 1900s. Our Expo Ale is just the latest addition in an ongoing saga of clean, refreshing beers, which highlight the terroir of a given area. Expo Ale uses the choicest BC malts and hops to create a beautiful ale, with depth and easy drinkability.

Another unique element of the beer is noted in the release announcement on Vancouver Is Awesome:

There’s a sustainability aspect to the packaging as well. Excess cans from ABC brewing, which would have otherwise been recycled, are being used for the double-wrapped Expo 86 cans. ABC also helps reduce waste by printing smaller labels for its various products. There’s even a special golden ticket on a select number of Expo cans; just peel back the label for a chance to win a special prize.